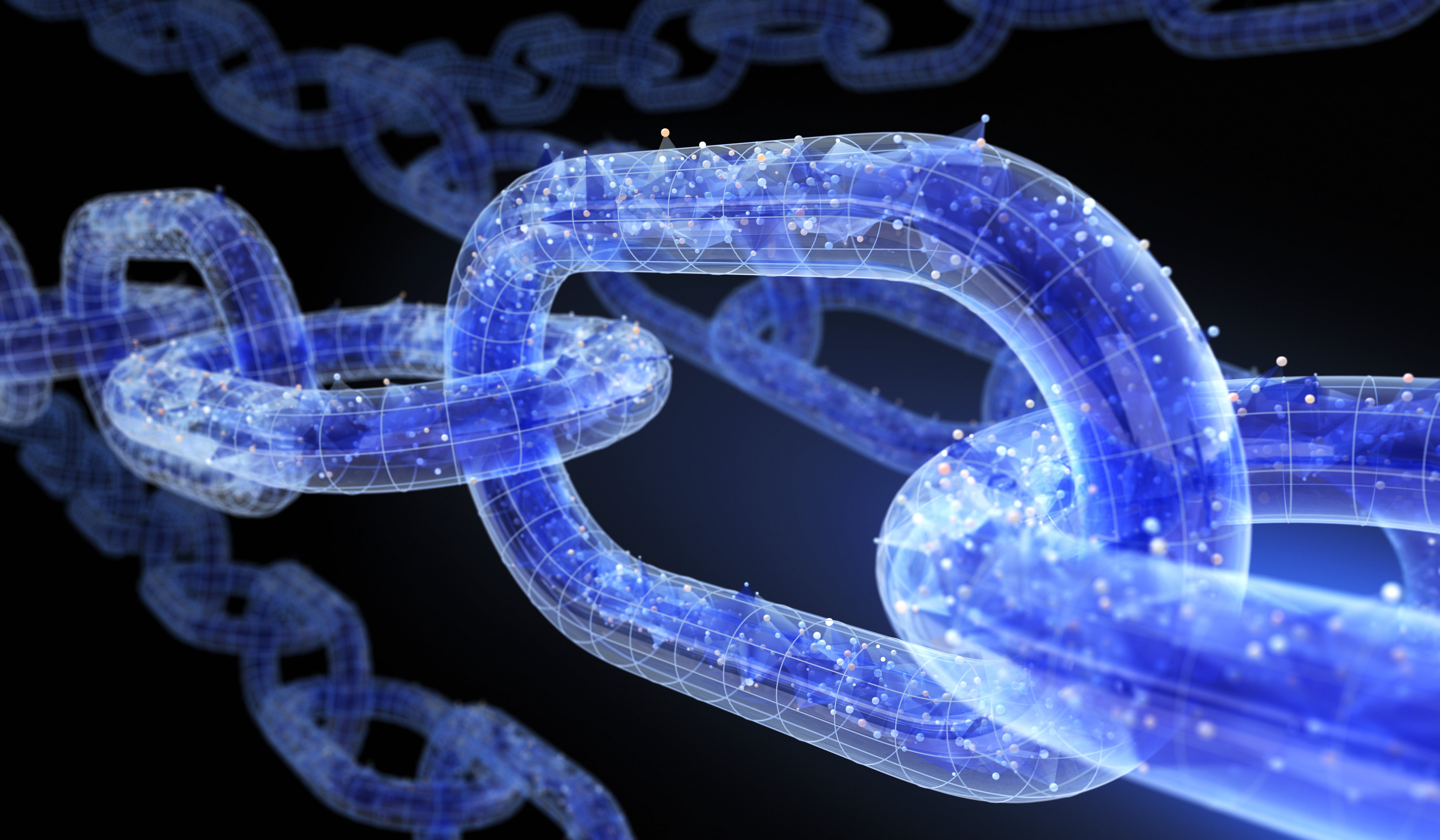 How Blockchain Can Revolutionize Construction Industry?

While many technologies fall out of fashion just as quickly as they burst onto the scene, some go on to stay relevant for years, thanks to their unlimited potential. Blockchain is one such invention. One of the most talked-about technologies in recent times, blockchain has extensive scope and applications that cut across different industries. In this blog, let’s see how blockchain is redefining the way data storage and payment transactions are done, with regards to the construction industry. But first things first, what exactly is a blockchain?

What is a Blockchain?

Well, according to Investopedia, a blockchain is a decentralized database shared across the computer network nodes, storing information in electronic form. Blockchains are used in many cryptocurrency systems to keep a secured and decentralized record of transactions. They are special since they ensure the accuracy and security of a data record, while also generating trust without the need for a third party.

Although blockchain as a technology has been around for some time, the very idea of integrating it into construction is rather new. Now, this raises a question – What are the features of blockchain that makes it such a useful tool to be employed in construction? The answers are as follows:

In a world where data is generated in quintillions every single day, data privacy has become a major concern. Blockchain goes a long way in addressing this issue. With Blockchain, you can create a ‘Private blockchain network’, which ensures your data is safe and secure. All it requires is an invitation to join, which must be granted by the network initiator. One can also set specific rules for the new entrants. That’s not all, there may also be restrictions on who is permitted to participate in a given transaction. This helps boost data security and privacy as it is up to you to decide, which party can view the blockchain. Another key reason why blockchain is so safe is its encryption.

Blockchain also serves as what can be called a Distributed ledger – a system that facilitates the recording and distribution of digital data without the ability to modify it. This makes it an ideal platform for facilitating transactions without the need for a third party – a reason blockchains are also referred to as distributed ledger technology (DLT). What such a feature does is increase openness among the participants, while also reducing mistrust and speeding up the overall transaction process.

As for the question of how to make the blockchain accessible to all the parties, simply create a ‘Public Blockchain network’, and just like that, it is open to the public. It’s so convenient, although maintaining a distributed ledger on a wide scale might require a significant amount of computing capacity, something not everyone can afford.

During a construction project, a large amount of data is generated. There is a slew of financial transactions involved, which in turn, require tons of paperwork. In such a scenario, you cannot effectively rule out carelessness or even fraud. However, by using a shared ledger that is available to all the participants in real-time, you can greatly decrease the risk of mistakes. Blockchain technology distributed via a private protocol can greatly reduce transaction complexity, while also increasing transaction speed.

Since blockchain technology is based on digital signatures, any two parties can interact directly with one another without a trusted third party like a regulatory or government body.

Blockchain technology always keeps a record of every transaction that's ever been made, which eliminates the risk of double-spending and fraud. It also prevents unauthorized access to past information.

The complexity of construction projects means there may arise occasions like accidents that cannot be easily captured in a computer code. This is where something as innovative as ‘smart contracts’ come into play. Smart contracts are programs that run when certain criteria are met. They are captured automatically without the need for any external input. Once the blockchain is updated, a transaction cannot be modified, and the results are only visible to those who have been granted access. This way, all the parties involved in an agreement can be confident of the final outcome right away. Smart contracts can automate an entire workflow, automatically initiating the steps when set conditions are met.

Next Step of Blockchain in Construction:

The idea of using blockchain is one thing, but the very process of integrating it into various industries is a different thing altogether. Before adopting blockchain, certain sets of rules and regulations must be devised so that the blockchain is more secure and the whole adoption process is seamless.

For instance, legislation to make what happens on the blockchain legally binding has yet to be introduced. This is something that needs to be fixed, for it is legislation that controls and ensures whether smart contracts perform properly. One such example is the issue of digital signatures. While each transaction on the blockchain demonstrates that the permission was granted by the parties involved, for it to be legally binding, their digital signatures must also be acknowledged.

The legal sector's task, therefore, will be to embed traditional contractual models into software codes so that they are implemented without the need for a middleman. Parties who have their private identifying data incorporated into a digital signature and securely saved on blockchain may no longer need to be physically present to authenticate their identity, which might have ramifications for notary services. Lawyers will need to transition from draftsmen and counselors to persons who can write code or collaborate with companies like IBM to figure out how blockchain may be linked to existing and future legislation to build a transactional framework. Blockchain has come a long way, and acceptance and deployment will pick up in the next five years.

Taking BIM to Next Level

In a BIM process, a model may be thought of as a contract between the owner, the general contractor, and the subcontractor. It should strictly be an exact virtual replica of the actual structure; failure to do this invites a lot of complications like reverting back and fixing them from scratch. You may also be required to submit a change order if a model has inconsistencies or inaccuracies.

By adopting blockchains, however, one can totally eliminate such issues. Here, projects are broken down into small milestones, which strip off any complexities that come with them. Milestones, in a BIM model, may include aspects like completion of the first floor, the installation of HVAC, etc., which can be recorded and preserved as a block of information on the blockchain. Each time a milestone is met, a smart contract is fulfilled. Neither is there any need for any paperwork, nor are there large sums of payments involved. What’s more, there will also be proper cash flow, and most importantly, problems do not compound. Payment amounts can also be connected to work schedules to encourage the timely completion of tasks.

• In a Common Data Environment (CDE), the project schedule is transformed into hundreds of smart contracts that are accessible to everyone.

• Each smart contract has a value.

• When a smart contract is completed and verified, an automated payment is sent from one wallet to another.

• The next 'block' of information for the project arrives, which updates the BIM model with completed work and project costs.

Cryptocurrencies like Bitcoin, one of the largest public blockchain networks, are well-known, but they are simply an instance of the use of blockchain technology. Blockchain's promise in the construction and real estate industries resides in its capacity to verify transactions between many parties and execute smart contracts during a construction project.

In the near future, blockchain applications in the construction industry will be centralized, which is why some developers are exploring the possibility of using the technology in a way that allows for more secure and transparent data sharing between parties involved in the construction.

Blockchain is set to provide businesses with an entirely new business model and alter how corporations fulfill contracts with one another. Businesses will be able to save money and speed up transactions using blockchain, while also encouraging transparency and trust through the use of a shared ledger that will reduce paperwork.

That said, before blockchain, smart contracts, and dispute resolution can truly take off, new laws that oversee their usage must come into force. For this to happen quickly, businesses across different industries must start expressing their interest in adopting this technology. This, for sure, will tighten the screws on the authorities to go ahead and act on it immediately. After all, it’s one such technology that’s worth investing in!