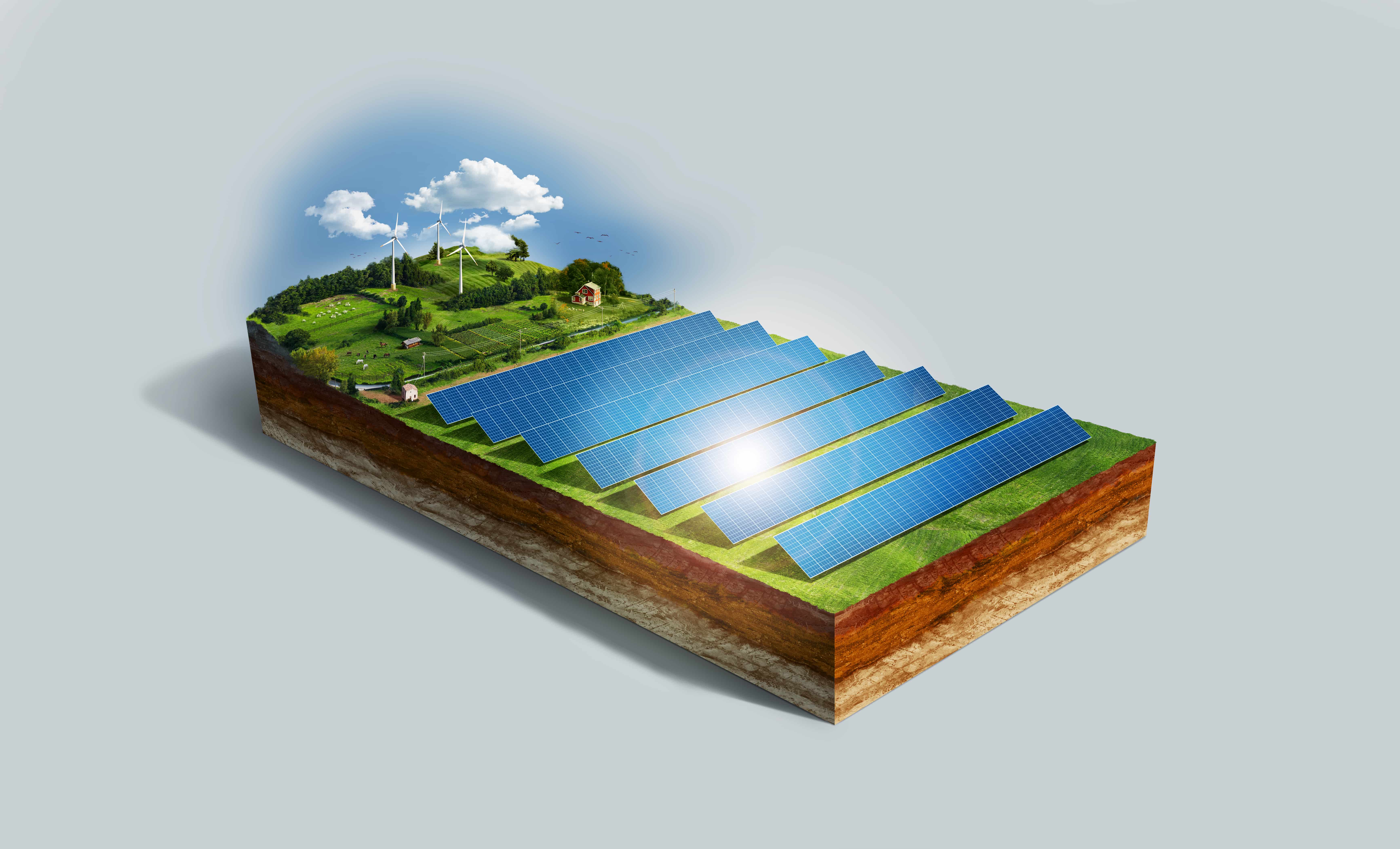 Flexing Its Solar Muscles - A Peek into India’s Plans of Building a Solar Empire.

Where does India stand in terms of policies and measures taken to increase its reliance on renewable energy, especially solar, and cut down its greenhouse gas emissions? The answer is - not far behind.

Take a look at some of the impressive targets that it has set of late. In 2015, when the nations convened for the Paris Agreement, a treaty that was signed to address the effects of climate change, India had stated that it would install 175 gigawatts (GW) of renewable power capacity by 2022. The plan was to install a 100 GW capacity of solar power, while the rest of the quota coming from wind (60 GW), bio-power (10 GW), and hydropower (5 GW). However, the internal Ministry of New and Renewable Energy (MNRE) later revised this and set, in its place, a more ambitious target, one that involved installing a whopping 227 GW of renewable energy by 2022, of which some 114 GW capacity would be solar.

India did have a clear roadmap, especially in terms of proliferating its solar reserves. The country even announced several solar programs to keep up with the mammoth target that it had set for itself. Some of these include the Solar Park Program, the VGF Program, the CPSU Program, the Defense Program, the Canal Banks, the Canal Top Program, the Bundling Program, and the Grid Connected Solar Rooftop Program.

Although at one stage it looked as if India would breeze past its target, thanks to such impressive initiatives, it wasn’t how it panned out in reality. The blow came in 2020 in the form of the COVID-19 pandemic, which threw a spanner in the country’s expansion programs. What was seen as a promising move thus failed to materialize as the pandemic wreaked havoc in the country, derailing not just India’s solar plans but also its progress as a whole.

Fast forward to the present, and India is lagging behind in terms of its targets. To put things into perspective, the country still needs to install an additional 80GW by 2022 in order to meet the initial goal of 175 GW that was set in the Paris summit, let alone the revised 227 GW. In India’s defense, the COVID-19 pandemic has been quite unapologetic in the way it ran amok inside its borders. Being the world’s second-most populous country did not help, as the government had its work cut out containing the vicious spread of the disease.

The plans may not have come off as India had hoped, but that doesn’t mean it is the end of the road either for the country’s clean energy ambitions. In fact, there is a genuine cause for optimism moving forward, given that it has already laid the groundwork by initiating several solar projects. Even recently, the Indian government had inaugurated a solar plant in Ladakh with an overall capacity of 15MW, as part of its ‘Make in India’ initiative. Adding to this has been India’s geographical position, which strategically puts it at a massive advantage. The country generally sees over 300 clear days of sunshine per year, meaning it could receive a yearly tally of 5000 Petawatt-hours (PWh/yr) (i.e. 5000 trillion kWh/yr or about 600 TW).

No wonder then that the government of India, despite the recent setbacks, foresees a bright future in the clean energy segment, especially in solar. There are even reports of the government revising its target, this time, to 450 GW of renewable energy by the year 2030. Setting such steep targets may also have a lot to do with the country’s rising population, which stands somewhere at 1.3 billion as of 2021. This is only going to get worse in the coming years. Demographers even predict that India will comfortably overtake China as the most populous country in the world. And suffice to say, with the rise in population comes a surge in energy demands. Expanding India’s solar reserves, therefore, doesn’t look like a no-brainer.

The goals India has set are ambitious, no doubt. But that shouldn’t be a cause for concern, as it has all the requisite tools to succeed. If at all there is something that the country lacks, it is a flexible and effective plan, one that will steer it out of a future threat in the form of another pandemic, if there will ever be one, or any other challenges that might threaten to disrupt its dream of building a solar empire. Fix this, and India will have its wish fulfilled.

Net Zero Energy Buildings: All You Need to Know.