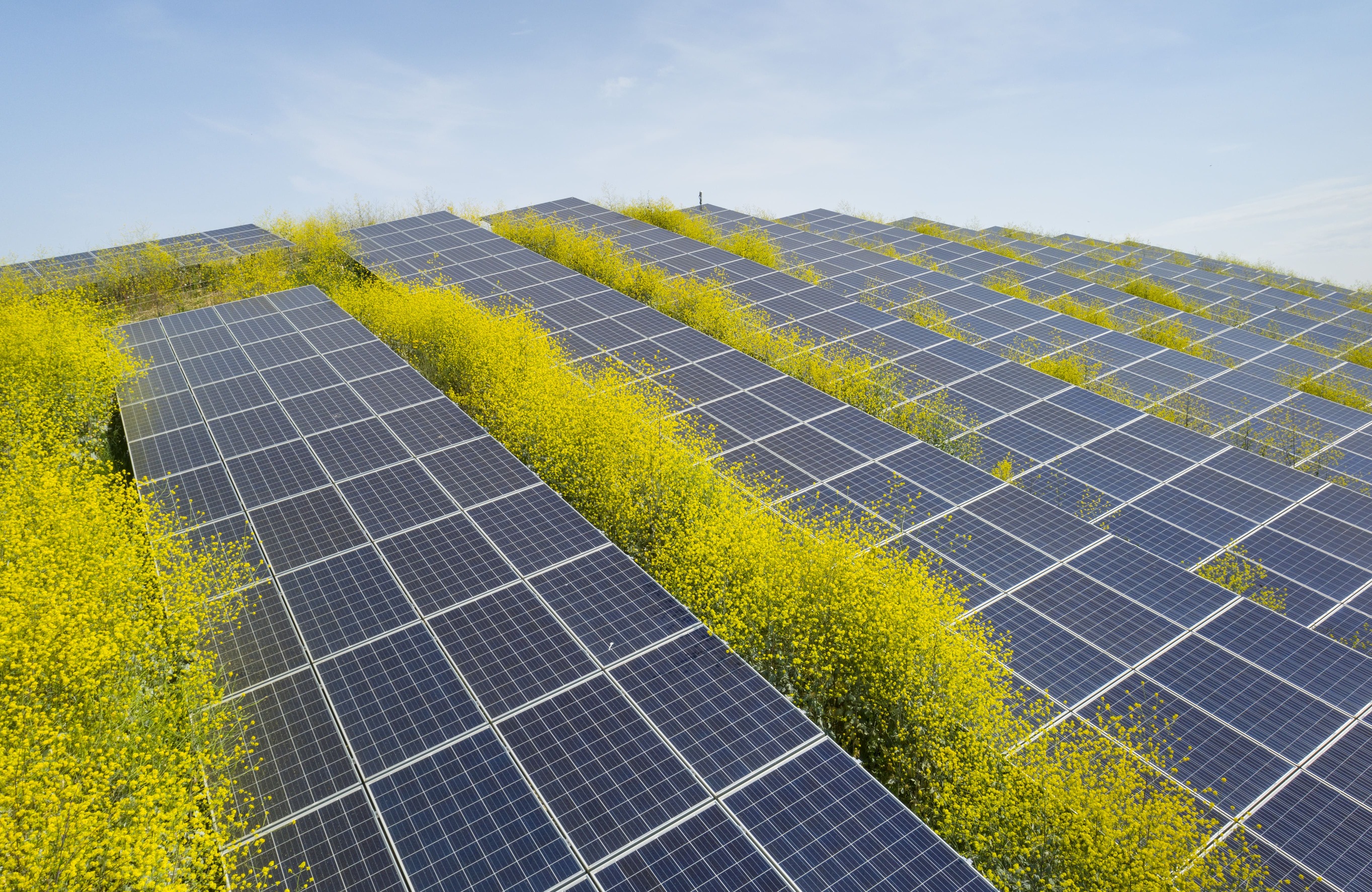 Agrivoltaics and the Benefits of Integrating Agriculture and Solar Panels.

You know what agriculture is. And most of you must know what photovoltaics is (the process of converting light to electricity?)

Now, what about… ‘Agrivoltaics’? Ring any bells? No?

Well, then here’s what you need to know about the concept and the core benefits that it offers.

The term is pretty much self-explanatory. Basically, it means combining agriculture and photovoltaics (in other words, solar panels) on the same land.

Now, this fusion of plants and panels is a winning one that clicks on many levels. We shall examine one by one below.

The Benefits of Agrivoltaics:

Whether it is converting your land for agricultural use or for setting up a solar farm, one thing is certain – both are space-intensive practices, requiring acres of land. Historically though, for landowners, this meant they could only choose between either of agriculture or solar farm.

But things have changed in recent times, and for good!

Thanks to the concept of agrivoltaics, landowners can combine energy generation and crop cultivation on the same piece of land, thereby deriving the benefits of both.

And not just that.

As we will see, agrivoltaics also sets the stage for a symbiotic relationship, where plants and panels work in tandem to benefit each other mutually.

2. Helps Protect Plants from Intense Radiation from the Sun:

Plants need sunlight to thrive, there’s no two ways about it. But allow them to bask in the warmth slightly more than they would need, and things can turn ugly.

Remember the saying, ‘too much of anything is dangerous’? Well, in the case of plants and sunlight, it isn’t any different.

This depends on the type of plant. Take wheat, for instance. This is one crop that has no problem encountering hot sunny days.

But the same cannot be said for others. Some require sunlight only in moderation.

In places where the midday sun beats down, having a shade in the form of solar panels helps. They block the harsh UV rays, which otherwise fall directly on the plants and mess up their physiological makeup.

3. Helps Retain Moisture in the Soil:

For plants, this isn’t great news, and it doesn’t take a rocket scientist (or shall we say a plant scientist? if that’s even a thing) to figure out why – the continued growth and survival of plants is hindered when the soil fails to retain enough moisture.

Where solar panels can be of help is in providing insulation to the surface beneath!

By doing so, they do a pretty good job of warding off excess heat, thereby contributing to the retention of moisture in the soil. This means plants get enough nourishment for their sustenance.

4. Helps Increase the Efficiency of Panels by Keeping Them Cool

One of the popular myths about solar panels is the misconception that they thrive only under ‘hot and humid’ conditions. Well, we ought to give it to whoever fabricated this myth, because it has done a pretty good job of hoodwinking people into believing this is the case.

So, does this mean heat has no bearing whatsoever on panel efficiency?

Well, not exactly. Temperature does play a role in the way solar panels perform. But just not the way you think.

When gauging the efficiency of solar panels against the backdrop of temperature, one could do well to remember the simple fact that photovoltaic cells harness the sun’s light, not its heat!

Heat doesn’t in anyway bolster the performance of panels! In fact, it is the opposite that is true – the efficiency of panels is on the lower side when the conditions are hot and on the higher side when it is cool.

Speaking of which, plants generally do a good job of cooling the landscape by releasing moisture into the air through what is known as ‘transpiration’.

And if the landscape in question is panel laden, then expect those panels to be efficient ones, for the cooler they are, the better they perform.

A Swiss army knife of a concept, agrivoltaics thus offers a slew of benefits for landowners, who are looking to cash in on their land.

What’s more, they will also have a hand in tackling two of the key global challenges we face - feeding a population that is on the rise as we speak being one, and generating sufficient energy (and a clean one at that!) for a world that is getting increasingly power-hungry by the day being the other.

So, in the grand scheme of things, looks like the idea of placing ‘panels above plants’ isn’t a bad one after all!